Who is better? Wizkid or Davido? Nigeria’s two leading artistes, two raves of the moment are locked in a supremacy argument in the social media.

The debate was triggered when Davido called out Wizkid in a Snapchat post:

Wizkid responded with a blast of three tweets on Twitter, one of which he has now deleted.

U can’t hate on someone doing better than u in what u failed at! Learn and appreciate! Free ur mind from hate young kids

Wizkid in the deleted tweet said: The game is only for the real! Catch up or stay local! Don’t blame anybody for ur failures! Pray and work hard kids!

This response triggered the comparison debate between Nigeria’s two most successful artistes, at the moment. There were comments, though, by peacemakers calling for ceasefire and saying the controversy was needless.

Here are samples of what music buffs are saying;

Omo this their ‘competition’ is healthy for the culture.

Someone is still comparing Davido to Wizkid SMH. Wizkid is no longer in that level. He is above comparison

What if this “beef” is just Davido helping wizkid promote his upcoming EP? pic.twitter.com/eOEHrSGsiH 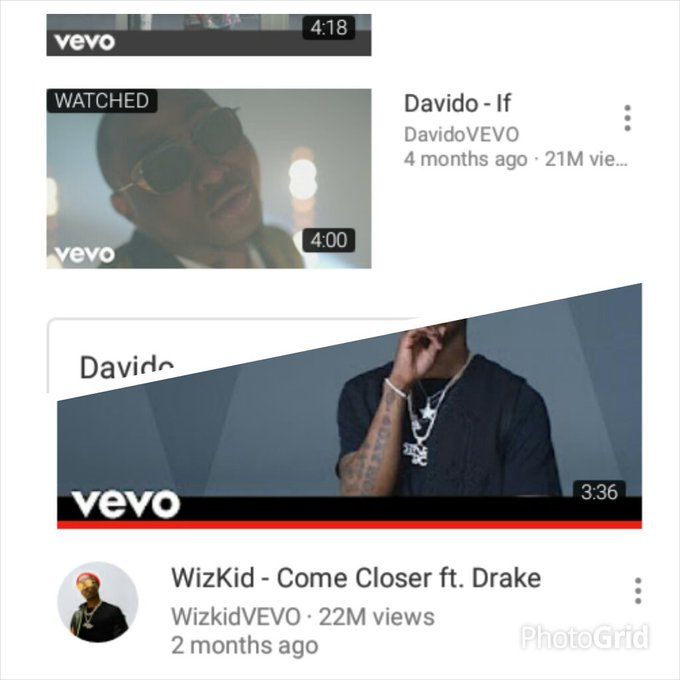 Wizkid should never have stooped low to reply davido tho… He is Levels above. Should leave davido to his childishness.

Twenty six year-old Wizkid, born as Ayodeji Balogun and Davido, 24 years old, with the full name, David Adedeji Adeleke, have collaborated before on stage, with the rivalry between the two now seen as unwarranted.

Both artistes had released blockbusters of late, with Wizkid now set to release his EP on 14 July. The belief is that Davido’s Snapchat was to second guess what Wizkid has to offer, but Wizkid refused to take it calmly.

Bobrisky Is Returning Toyin Lawani’s Shade As She Slams Her for...

Man City on brink of title after sinking Spurs

Pregnancy Speculations Increase As Kylie Jenner Is Represented At Awards.