Rihanna criticized President Donald’s Trump response to the humanitarian crisis in Puerto Rico following Hurricane Maria, suggesting that the President is not paying enough attention to the disaster occurring on the island. 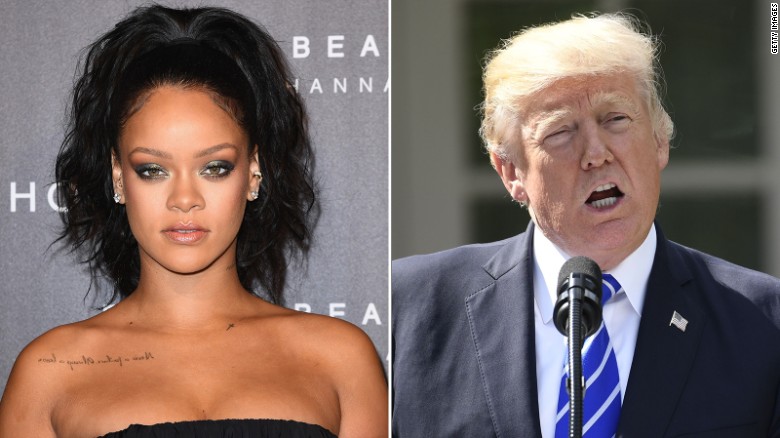 “Dear @realDonaldTrump I know you’ve probably already seen this, but I just wanted to make sure! Don’t let your people die like this,” the pop star tweeted early Thursday morning, along with a cover of the New York Daily News that reads, “Puerto Rico needs more help, Mr. President!”
In a second tweet, Rihanna called for a “round of applause” for former US Presidents Bill Clinton, George W. Bush and Barack Obama, who made an appearance at the Presidents Cup golf tournament in New Jersey on Thursday, following a joint effort by the five living former presidents to support hurricane relief efforts.

Round of APPLAUSE to these gentlemen for taking control of this devastating situation!!! #CaribbeanGirl #OneLove

“Round of APPLAUSE to these gentlemen for taking control of this devastating situation!!! #CaribbeanGirl #OneLove,” she wrote.

As the crisis continues with many residents still seeking access to food, electricity, medicine and water, many celebrities, including Lin-Manuel Miranda, Jennifer Lopez and Pitbull, have also urged swift action to aid Puerto Rico. Some have also slammed Trump for what they say is a slow response.

Adesua Etomi-Wellington Reveals Her Preference Between iPhone And Adnroid Phones

Hero to ‘very homesick boy’: how Tevez unravelled in China

Hillary Clinton: The Guardian person of the year 2016