India is a country with the highest population in the world. The birthplace of Buddha, it also boasts of being one of the most religious countries in the world. Like most nations ranked below the belt in several poverty indexes, cultural and religious rituals are taken seriously.

One of such is a yearly traditional Kuthiyottam ritual held at Alleppey, a place which is dubbed the “Venice of India”.

In a land where poverty continues to rage her populace, the Chooral Muriyal ritual, a subset of the Kuthiyottam ritual, involves the sacrifice of young boys in hopes of getting wealthy. This particularly affects children who are at the bottom of the social ladder.

This tradition is famed to have begun when a king appealed to the goddess Bhadrakali for wealth and fame. To grant the request, the goddess told him to sacrifice an educated 10-year-old male child with no blemish. Thus began this age-long practice. 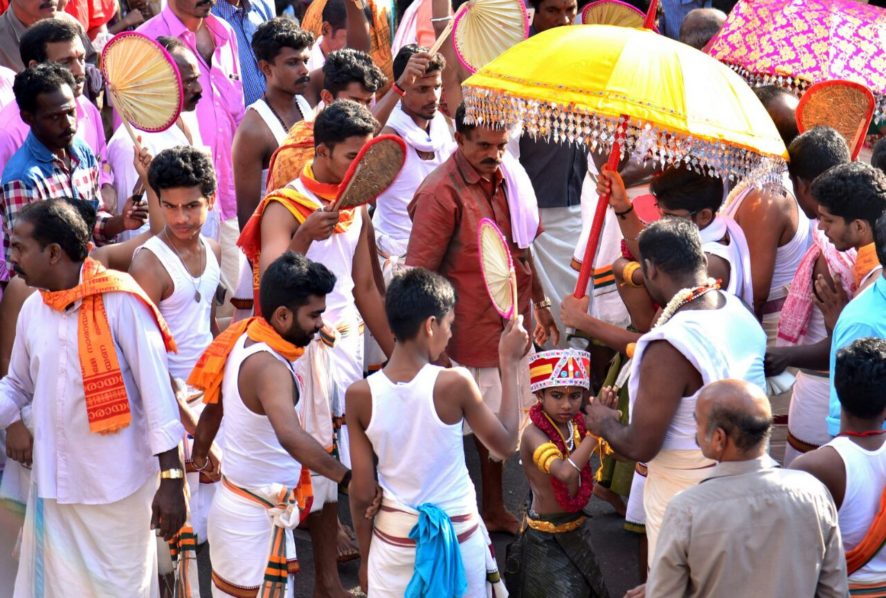 Male children between the ages of eight and 12 are bought and offered to the god at the Chettikulangara temple in the month of Kumbham. To perform this ritual, the midribs of the children are pierced with bamboo or gold strings

The children are made to dance to the temple to the rhythm of instruments being played with their hands raised up. While this is going on, coconut water is poured on the crying children to ease their pain. Some participating adults also use their hands to fan the blood seeping out. These acts are done to prevent contamination of the soon-to-be holy child.

Upon their arrival, the strings are removed and offered to the goddess. The sacrifice entails ostracisation of the chosen child from the society. Once a child is offered as a sacrifice, he is considered evil and must not be associated with the normal children in any social gathering.

Why I’m yet to return to Nigeria – Buhari

The Truth about God

Ways to boost your immune system