Senior Special Assistant to the President on Media and publicity, Garba Shehu, at the Presidential Villa on Monday, 12 of August, said that President Muhammed Buhari will run for president in the 2019 elections and has chosen Professor Osibanjo as his running mate.

The president also vetoed the Electoral Act Amendment Bill 2018 citing that the provisions of the bill might affect the interpretation and application of the principal act. This action will invalidate the use of the electronic card reader during the forthcoming elections.

His declaration alongside the veto has generated strongly opinionated mixed reactions from Nigerians:

Attention @USEmbassyAbuja and @UKinNigeria. For the second time, Nigeria’s President @MBuhari has vetoed the amended Electoral Act. Use of Card Readers is in danger right now. Buhari DOES NOT want transparent elections. Nigeria’s democracy in danger.

To be frank with you, sometimes I want Buhari to win 2nd term so that many people who have refused to have sense will be taught a bitter lesson. But then again, I think about the millions of amazing Nigerians & I scream NEVER AGAIN.

It’s funny sha, Buhari’s Govt has not even done anything against me personally, but Buhari’s Govt detained YOU for days and I joined in trending hashtag for your release.

Now look at you famzing this same Govt?

Oga, the Mumu wey dey worry you is wearing Turban.

LMAO. Isn’t this coming too early? I mean we just started training for the match proper and you are already conceding defeat in the main match. 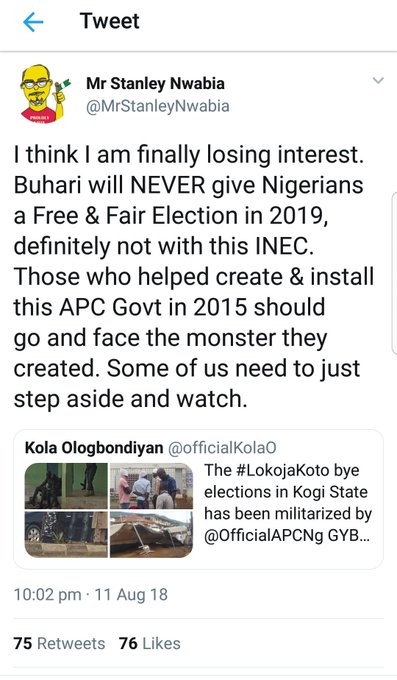 Others have maintained their stance on his declaration saying it is a good step:

I’d rather have an imperfect Buhari for another four years than put shameless criminals back in charge.

: @HEDankwambo and @AWTambuwal, commissioning Aminu Waziri Tambuwal Road in front of thousands supporters of their presidential candidacy in Gombe 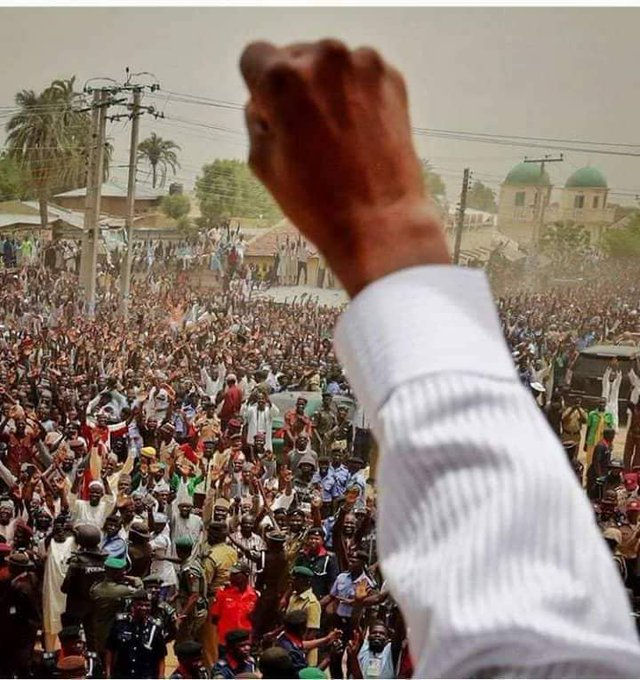 It is only God that can make someone popular the way BUHARI is popular all across the North..
He’s just like Usman Danfodio

In the North…If u like be a former President or Gov, once u are not on Buhari ‘s side…The People will never be on your side…

Once again, his certificate saga has be dusted: 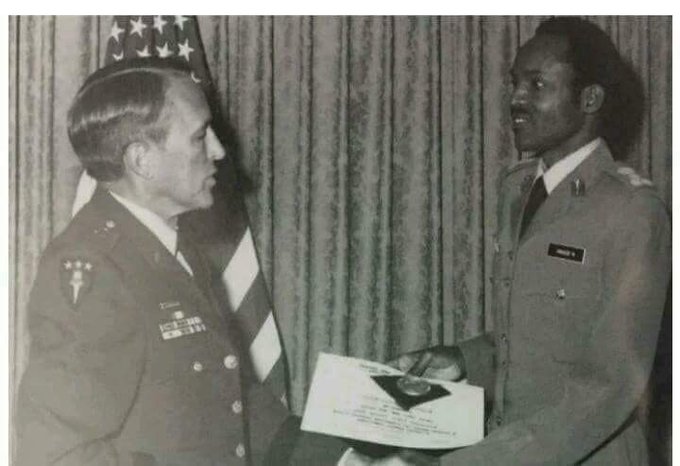 Actually, the school has confirmed that Buhari received a Diploma not Master’s degree from this programme. US Army War College began to award Master’s degrees in 2000.

Brigadier-General @MBuhari with the Commandant of the United States Army War College, Carlisle, Pennsylvania, Major-General DeWitt C. Smith, on completion of his Masters degree in Strategic Studies, Class of 1980. 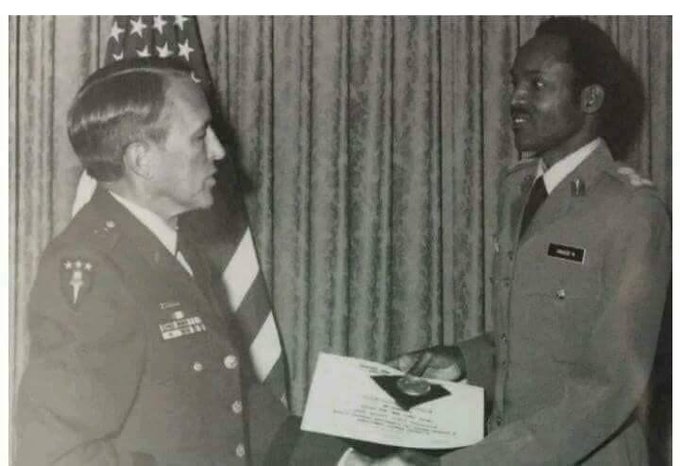 “I am not under pressure to resign’ – Osinbajo

I am in a hurry to assume office – Oshiomhole