Tomorrow, the Peoples Democratic Party (PDP) will begin the real journey to robust revival or relapse towards atrophy. When the convention holds, it would replicate similar considerations that defined its politics before the emergence of Chief Olusegun Obasanjo as its presidential flag bearer.

From both the ideological bent and orientation, PDP veers towards the conservative more than the progressive bent. That is why it had a lot of northerners than Southwesterners in its fold at the onset.

When therefore the party selects its national chairman after a very long while, this ideological pigmentation might determine the overall outcome. What this suggests is that the Southwest geopolitical zone of the county might not gain majority support to throw up a national chairman despite the morality of their quest and the dictates of equity.

Much stress has been laid on the position of national chairman as if that is the only post to be contested during the convention. Although such emphasis has helped to ignite national interest and generate the long missing momentum in the opposition party, it seems to underscore the fact that internal democracy may not be within the immediate consideration of the stakeholders.

From the nature and personalities of its foundational structure, PDP was predominantly made up of elements from the North, as well as Southeast and South-South. Perhaps this conglomeration explains in part, why the Southwest has not provided a national chairman in the more than 18 years of history of PDP.

It would be recalled that shortly before the registration of the party, prominent Southwest politicians that were part of the steering committee of the foundation of PDP, such as the late Bola Ige, turned coat in protest against being in the same political boat with elements that served under the Sani Abacha junta.

Feverish contest, challenge of pacifying Southwest
Against the backdrop of apprehensions over the loyalty of major contenders for the position of national chairman from the Southwest, the preponderance of views among PDP chieftains was that none of the aspirants could be trusted to shape the party against the ruling party without the temptation to do underhand political negotiation with the playmakers of All Progressives Congress (APC).

Disputations over the propriety of micro zoning and agitation by PDP stakeholders for Southwest to produce the chairman on the basis of fairness, dominated the build up to the convention.

Consequently it is easy to expect that the anticipated unfavourable outcome of the election would throw up fresh crisis, including renewed threat of mass defection by Southwest chieftains and their sympathisers.

However, the bad blood that could be spilled by southwest’s loss of the position can only be mitigated by the transparency of the process. This is because the north, which ordinarily should be the kingmakers as far as the post of national chairman is concerned, is also divided.

For instance, a fortnight ago, members of the Northern Elders and Leaders Forum canvassed vigorously that the Southwest be allowed to occupy the position in the interest of farness.

In a communiqué after the meeting, the elders and leaders tasked party faithful to ensure that systems are re-jigged to reconcile those against the call for the post of national chairman to be zoned to Southwest.

Although the elders openly canvassed support for only Southwest aspirants, their position was denounced by Young PDP Like-Minds, who argued that since the office was never zoned to Southeast, South-South or Southwest; there was no point directing delegates to vote along that line.

Hon. Sanni Kutigi, who spoke for the group explained further that micro zoning the post was a devious plot to favour a particular aspirant, stressing that the ultimate choice of who occupies the post should be left to delegates.

“Moreover, the directive is contrary to the agreed arrangement at the party’s convention, which has not been altered. The group lacks authority to speak on behalf of the north, as such they are on their own,” he added.

However, the noncommittal stance of Southeast helped to raise concerns about the real direction the votes could go. But there were tell tale signs that in their traditional political solidarity, the Southeast would most likely vote alongside the South-South for a candidate from the zone.

Deputy National Chairman (Southeast) Austin Umahi, told The Guardian that his zone stands for fairness, noting that what the party needed at this point in its history is a strong hand to nurture it back to stardom.

While recalling that the Port Harcourt Convention, which handled the issued of zoning did not specify on micro zones, Umahi said; “One thing that is very clear is that Southeast is not interested.”

But all the tongue-in-cheek pontifications will end tomorrow when delegates cast their ballots. Nonetheless, the Southwest will not find things easy with the united front that South-South presented against its desire to occupy the post of national chairman for the first time.

As governors from South-South unite in solidarity with the candidacy of Prince Uche Secondus, some notable politicians from the area contend that while Southwest occupied the Presidency for eight years, their zone did only six years.

Most importantly at a recent meeting in Port Harcourt, South-South leaders noted that the crisis situation in the Southwest makes it very risky to entrust PDP in the hands of any of the many aspirants from that zone.

Senate minority leader and former Akwa Ibom governor, Godswill Akpabio, said it was necessary for South-South to produce the next PDP chairman to ensure stability of the party after its recent experience. 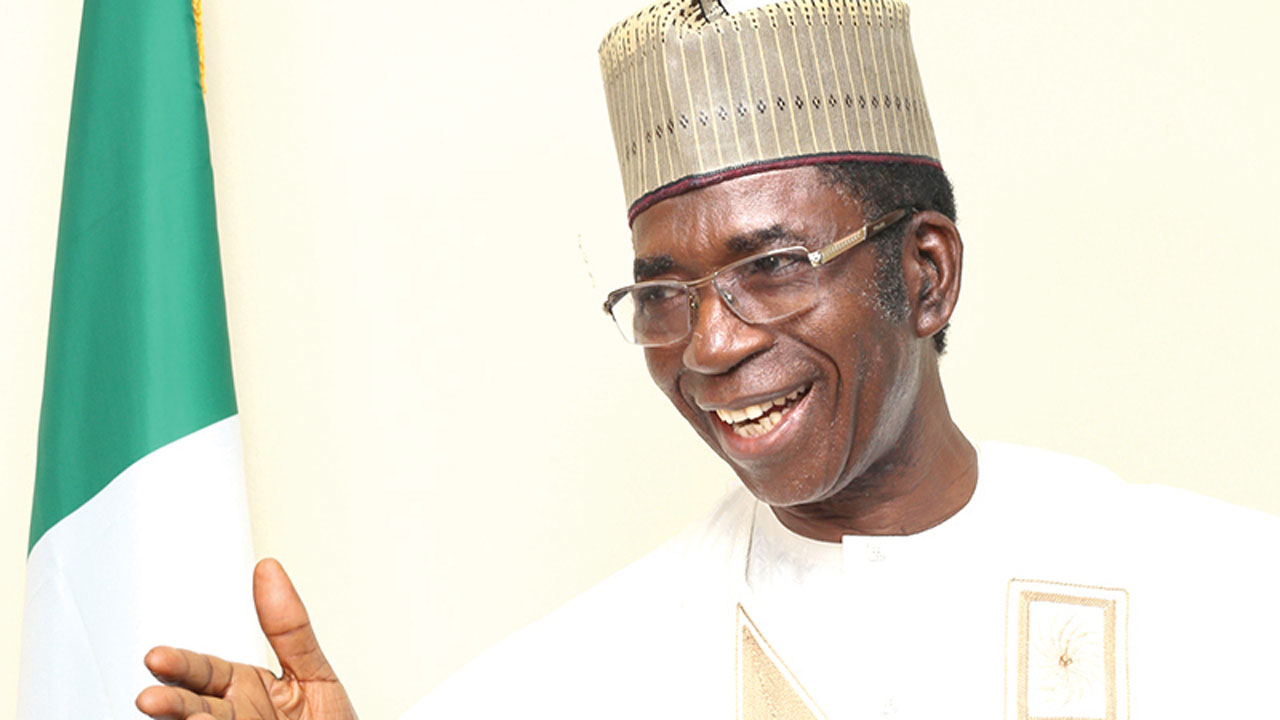 Southwest has only one governor on the PDP platform, but it is not known whether the crisis in the zone alienated the governor from recommending or endorsing any aspirant, especially against the background of the impending governorship election in Ekiti and Osun States.

Shape of PDP to come
The outcome of tomorrow’s convention will reveal the shape, and to some extent, the stamina of PDP that would go into the 2019 general election. The two top contenders from South-South and Southwest, Secondus and Prof. Adeniran, have outlined the nature of PDP they would run.

Waxing strong with optimism, Secondus said that having operated at the leadership level of the party, he knows that PDP “has a great history, how it came into being by pressurizing the military out of politics.”

He maintained that having transformed from a political pressure group to a political party, the party set for itself some standards, stressing that: “this standard guided us in office for 16 years within which we stabilized the polity to witness uninterrupted democratic rule in the country.”

On how to pursue genuine reconciliation and enthrone an empathic leadership, Secondus said: “What we are doing is to remove those things that actually create division like impunity and imposition, by providing a level playing ground in all activities in the party.” 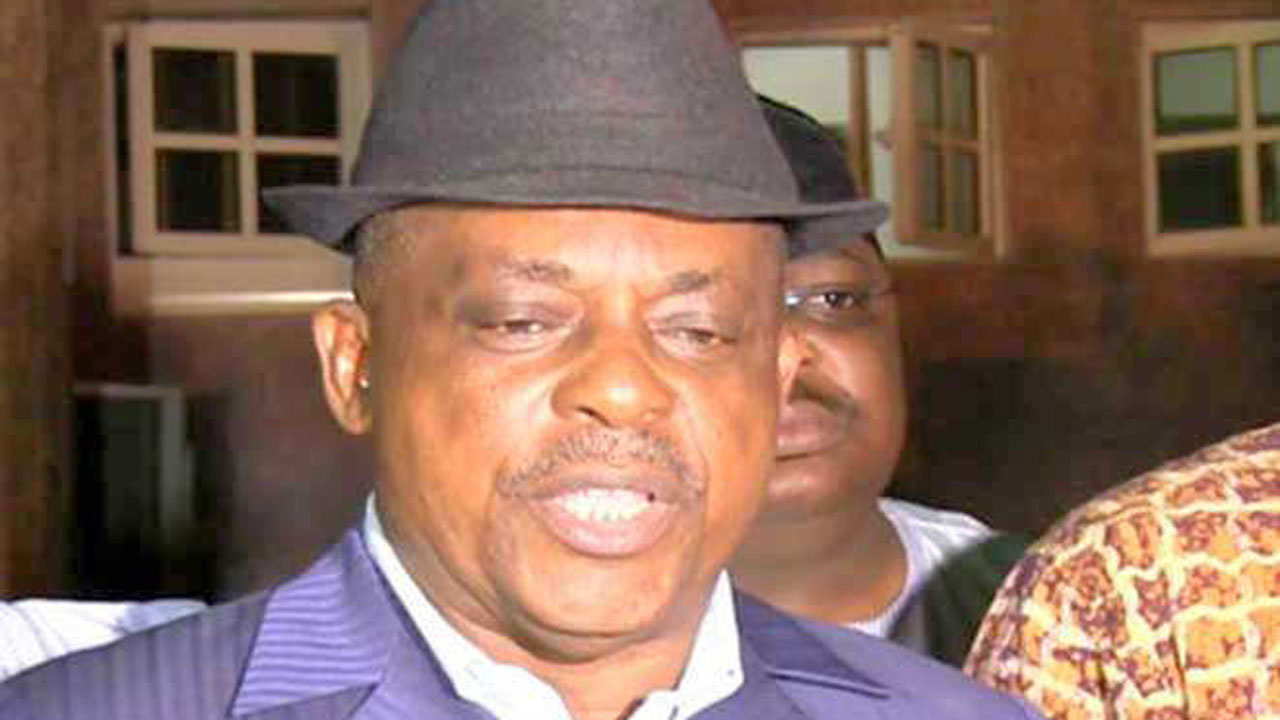 Adeniran noted that what PDP needs is a gentleman with ideas and vision, not a thug that rules by force or fraud. He dismissed the belief in some quarters that the party does not need a gentleman to lead it, stressing, “We don’t need a violent person in PDP as chairman. We need a man with ideas to drive the party‘s vision. I am that man.’’

While contending that he has all the right attributes necessary to reposition the party, Prof. Adeniran said he was passionate about repositioning the platform adding that his ideas are such as would bring the party back to its winning ways.

Southwest leaders in last minute moves
There are very strong indications that the Southwest zone may come up with a position today on the number of aspirants it will field for the exercise as the reality of a loss dawned on the leaders.

he Guardian reliably gathered that the leadership of the region held a meeting yesterday where it agreed to prune down the number of the contestants from six to two or three but it has not been able to conclude on who should step down.

It was however gathered that the likes of former Deputy National Chairman of the PDP, Chief Olabode George and Prof. Adeniran may not agree to relinquish their ambition.

According to the source, “The other four aspirants are showing signs of cooperation.” He however explained that if the odds favour George, several of them who were not comfortable with his (George) style of leadership would have to leave the PDP.

Said he, “For instance, I do not see myself staying in a party where the former Deputy National Chairman is the leader. I will quit and that is the stand of many people that I know.”

On why he thinks Adeniran is adamant, the source revealed, “The former Minister of Education may not at this point quit the race owing to the caliber of people backing him, particularly from the northern region. He is also seen as a rallying point whose integrity is impeccable and personality endearing to us all. I believe if he (Adeniran) emerges as the national chairman, the only block that can get agitated is George, which is insignificant.

However, the former Minister of Transport, Chief Ebenezer Babatope dismissed the sentiment against George, saying, “he (George) remains the most experienced person to lead the party to victory in 2019.”

Babatope added that the former Ondo Military Governor has shown more commitment to the party financially than any other.

The stage is set. As the gardener determines a garden, the nature of PDP to come depends on the nature of national chairman and in fact national officers the delegates choose tomorrow.  The story of PDP may begin aglow or dim, depending on how it is able to deconstruct and detach itself from opaque maneuvers.

Is the PDP to come going to be democratic or dependent on powerful people? Is it the party aiming towards institutions or going for strong men? Those are the options open to the delegates tomorrow. Indeed, tomorrow is PDP’s date with history.

Check out Top10 most popular sites in Nigeria