Prince Harry and his American fiancee Meghan Markle will marry at St George’s Chapel in Windsor Castle in May next year, a royal spokesman said Tuesday.

Markle will be baptised and confirmed for the wedding and intends to become a British citizen, Harry’s spokesman Jason Knauf told reporters. 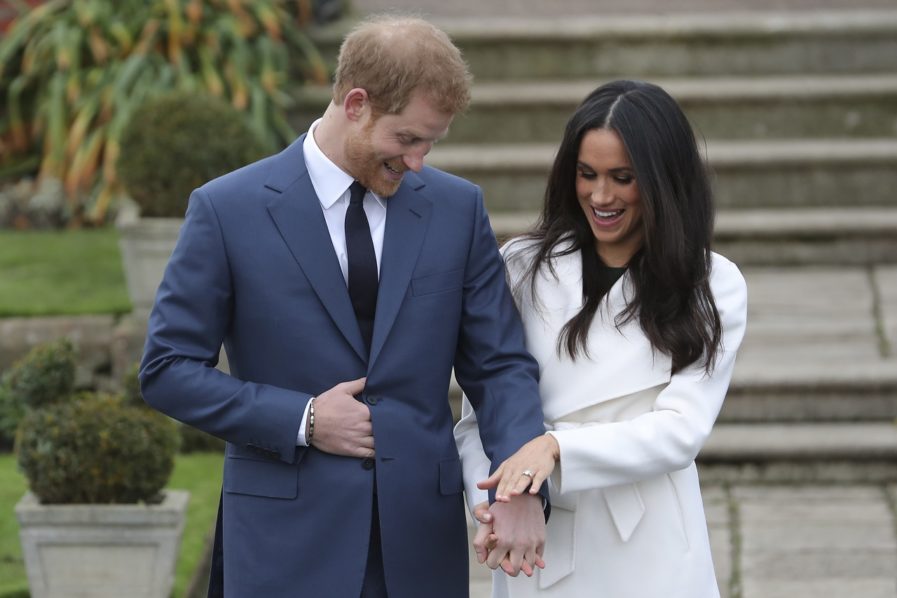 Britain’s Prince Harry stands with his fiancée US actress Meghan Markle as she shows off her engagement ring whilst they pose for a photograph in the Sunken Garden at Kensington Palace in west London on November 27, 2017, following the announcement of their engagement. AFP PHOTO / Daniel LEAL-OLIVAS

Knauf said Windsor, Queen Elizabeth II’s weekend residence, was a “very special place” for Harry and that he and Markle had spent time there together.

He said the couple would be putting their personal stamp on their wedding day, adding: “They will be making sure it reflects who they are as a couple.”

Kensington Palace, Harry’s official residence, said in a statement: “Her Majesty The Queen has granted permission for the wedding to take place in the chapel. The Royal Family will pay for the wedding.”

The two will be visiting the city of Nottingham in central England on Friday for their first trip together since announcing their engagement on Monday.

Trump insists US will build a wall and Mexico will reimburse...

Saraki: Police want to nail me by all means

Senate will address all injustice against Nigerians – Saraki